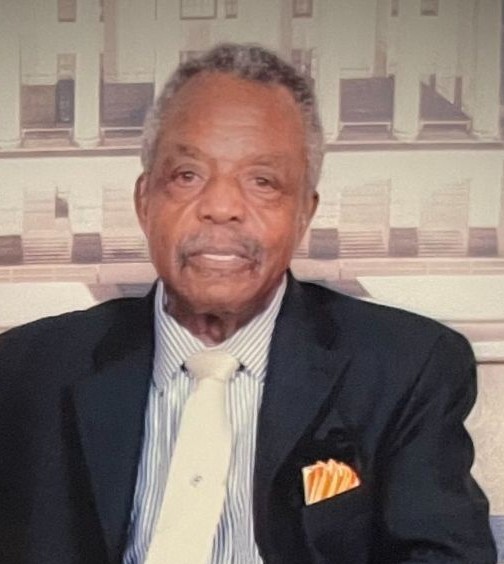 Our beloved father, grandfather and great-grandfather was born November 27, 1937, in Clarksville, TN in the New Providence community. He was a 1955 graduate of Burt High School. He joined Springhill Missionary Baptist Church early in life where he would become a member and eventually lead the church’s Deacon Board. Billy worked for the Department of the Army’s Civil Service Division for nearly 30 years before his retirement in 1996. After retirement he worked part time for the Montgomery County Tennessee Solid Waste Department and he and his wife, Jeanette Martin Anderson, enjoyed visiting and spoiling their five grandchildren. He is preceded in death by his parents William & Annie Mae Anderson, his sister Robbie Lee Anderson of St. Louis, MO, his wife Jeanette Martin Anderson of Clarksville, TN, and son Clifford Thomas Anderson (Rhonda Bandy) of Memphis, TN. He is survived by his son, Darryl D. Anderson of Clarksville, TN, grand- daughters Olivia P. Benner (Tammy) of Memphis, TN, Hailey F. Anderson of Cordova, TN, grandsons Chase H. Anderson of Manhattan, KS, Myles T. Anderson of Memphis, TN and Ashton M. Anderson of Clarksville, TN, great granddaughter Cayden Jeanette Smith of Memphis, TN, several brothers and sisters-law, nieces, nephews, cousins and a host of friends and former co-workers. Billy was a faithful man and greeted everyone with a smile. He loved and enjoyed spending time with his grandchildren and studied the bible often and tried to live toward Proverbs 21:3 “To do righteousness and justice is more acceptable to the Lord than sacrifice.” Funeral Saturday, December 11, 2021, 2:00 p.m. at Springhill Baptist Church Burial in Riverview Cemetery

To order memorial trees or send flowers to the family in memory of Billy Anderson, please visit our flower store.