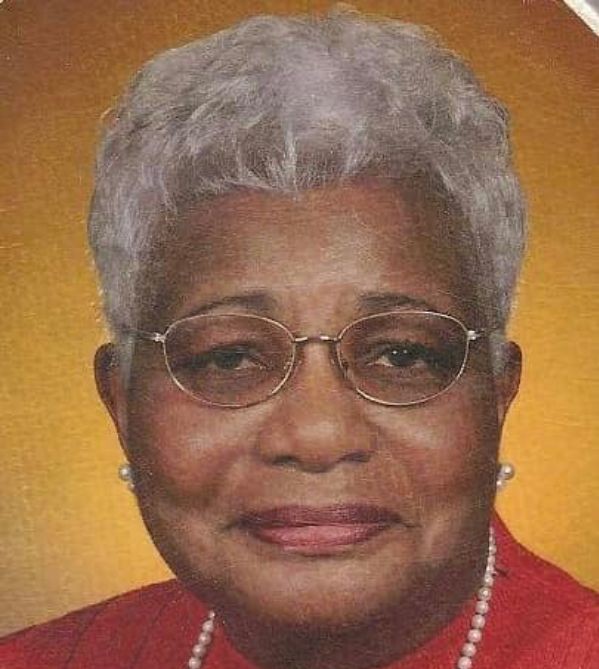 Clarice Clardy White, formerly of Clarksville, passed away on October 20, 2022, in Powder Springs, Georgia, at the age of 89.

Clarice Marie Clardy White, the youngest daughter of Columbus Clardy and Evelyn Hunt Clardy, was born on May 1, 1933, in the Rocky Hill community of Montgomery County, Tennessee.  She received her early education in the public schools of Clarksville, Tennessee, graduating with honors in the class of 1951 from Burt High School.  A born leader, she acquired the name of "Miss President" during her high school days as she became the president of any organization she joined.  Her leadership continued while at Tennessee State University, where she earned a Bachelor of Science degree in music education with distinction in 1955.  Clarice later earned the Master of Music degree from Austin Peay State University in 1973, and also did post-graduate work at APSU.

In 1960, she met Theodore Gilchrist White, Jr, from Florida, who had come to Clarksville as an assistant principal at Burt High School. She knew immediately that he would become her husband, and so, the two were united in Holy Matrimony on November 24, 1961, at Mt. Olive Missionary Baptist Church in Clarksville, Tennessee.  To this union, two sons and a daughter were born. They loved and adored each other and lived harmonious and productive lives until Ted's death on July 30, 2000.

In 1994, Clarice was named Ms. Senior Clarksville, Ms. Senior Nashville and the first runner-up of Ms. Senior Tennessee.  In 1997, she authored a cookbook, "Pound Cakes and More," which became a  popular book in the area.

Clarice was a community activist, always busy with the affairs of the day, and was a woman of strong convictions, great strength, integrity and courage. She was known as a historian of the Black community in Clarksville.  Even after leaving Clarksville, Clarice would get calls from people in the community or the media wanting her to verify a date, place or occasion, as she was a keeper of records.

Clarice was a mother of three, but many of her students and younger people in the community consider her their second mom. Her home was a place where people loved to gather for loving fellowship and good food.

Her professional career began as a music teacher in Bedford County, Tennessee in 1955.  In 1958, she returned to Clarksville as program director of the College Street USO. Clarice had the distinction of being the only Black female program director in the country. In 1964, she was employed by the Clarksville-Montgomery County School System as a music specialist, where she served until her retirement in 1992. She also served as an adjunct professor in music education at APSU.

Clarice professed her faith in Jesus Christ on October 5, 1944 and was baptized on the third Sunday of that month at Mount Olive Missionary Baptist Church under the pastorate of Rev. T. D. Howard. She held continuous membership at Mt. Olive for 58 years. During her many decades at Mt. Olive, she served as pianist of most of the choirs, minister of music, Vacation Bible School Director and she was the first woman to be elected a trustee by the church.

After her husband's death, Clarice moved to the Atlanta area in 2002 to be near her children. She soon found her place in the Ebenezer Baptist Church family, singing in the Church Choir and as a President of the Book Club.  In her community, she did water aerobics, learned to play bridge and made many new friends. Even after moving to Georgia, she maintained her membership in the Clarksville-Montgomery County Retired Teachers Association as well as both the Middle Tennessee and National Education Associations.  She soon found her place in the Cobb-Marietta Retired Educators Association and the Georgia Retired Educators. Her retirement years were filled with many new adventures, as she traveled to London, Paris, Amsterdam, toured Italy and did a Caribbean cruise.  Clarice lived life to the fullest and was thankful for every minute.

Clarice's favorite scripture was Psalm 27, and some of her favorite hymns were "My Heavenly Father Watches Over Me," "What a Blessing" and "It Is Well with My Soul."

In addition to her parents, Clarice was predeceased by her sisters, Elizabeth McBride and Emma Lee Burke. Clarice will be missed by her children, Ted (Pam), Evelyn, and Jeremy (Dwan); her grandchildren, Psalms, Jordan, Theodore James (T.J.) and Shelby; her nieces and nephews; and many other relatives and friends.

In lieu of flowers, please consider making a donation to the Alzheimer's Association, either at (800) 272-3900 or on Clarice's tribute page at https://act.alz.org/site/TR/Events/Tributes-AlzheimersChampions?pg=fund&fr_id=1060&pxfid=782193

To order memorial trees or send flowers to the family in memory of Clarice Marie Clardy-White, please visit our flower store.