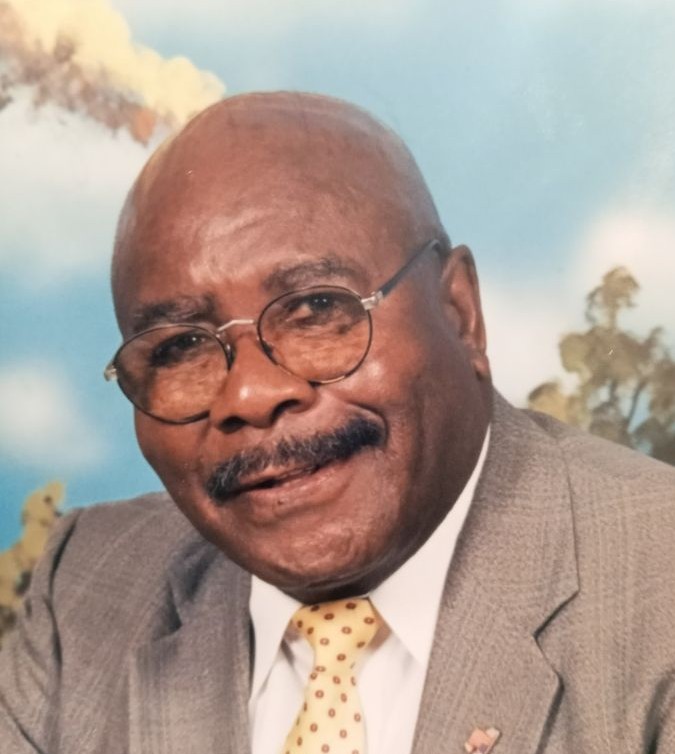 Sampson Clark passed away peacefully Wednesday, August 25, 2021 at the age of 89.
He was born February 22nd 1932, in Americus, Georgia to Chester and Annie Mae Clark. Preceded in death by his eldest son Donald P. Clark. He is survived by his wife of 67 years Julie Marie Clark, his children Michael Clark, Brenda Cohen (Bobby), Jacqueline Greenhill (LC), David Clark and his grandchildren, Sherra Howard, Shawn Clark, Ebony Cohen-Taylor, Chantel Cohen and Aaron Cunningham, and seven great-grandchildren.
Master Sergeant Clark was a decorated veteran of over 32 years in the United States Army. Serving multiple tours in Vietnam and Korea, Sampson was awarded the Purple Heart and The Bronze Star for Valor. An honor graduate of US Army Ranger School and multiple phase training at The Presidio of San Francisco, Sampson served as a Ranger School Instructor at Eglin Air Force Base for eight years. He completed his service to the country while serving as First Sergeant in Nurnberg, Germany.
A graduate of Austin Peay State University, Sampson retired in Clarksville and continued to serve his community through civic and church activities.
Funeral services will be held Tuesday, August 31st, 2021, 11:00 a.m. at Concord Missionary Baptist Church. Burial will follow at Kentucky Veterans Cemetery West. Visitation will be Monday, August 30th from 5:00 to 7:00 at Hooker’s Funeral Home.

To order memorial trees or send flowers to the family in memory of Sampson D Clark, please visit our flower store.